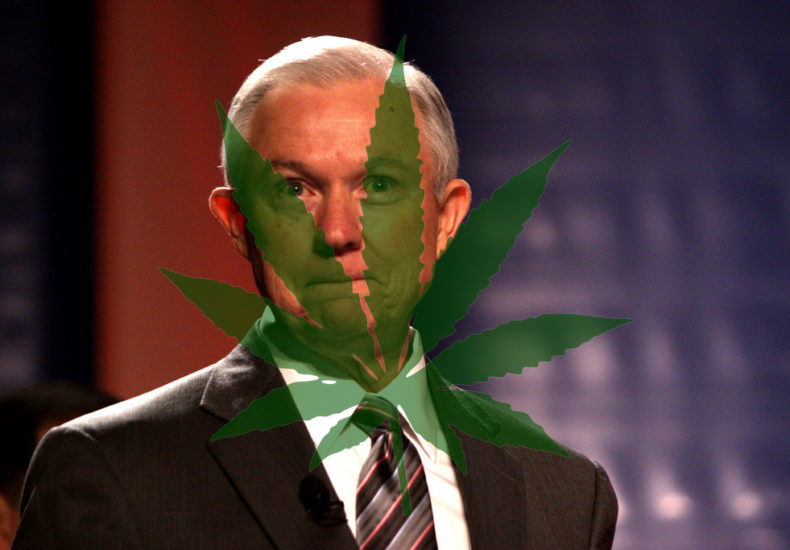 On Thursday, January 4, 2018, Attorney General Jeff Sessions reversed a series of Obama-era policies which had relaxed the federal prosecutorial stance towards marijuana-friendly laws enacted in the individual states.  One well known such policy, the “Cole Memorandum” (named after its author, then deputy attorney general, Jim Cole) recognized that the drug was still illegal under the federal Controlled Substances Act, but gave federal prosecutors the permission to focus their resources elsewhere as long as the states didn’t threaten other federal priorities, such as prevention of the distribution of the drug to minors and the targeting of cartels.

Click Here to check out the Cole Memo for yourself.

Though marijuana is still a Schedule I drug under the United States Controlled Substances Act (CSA) and, thus, strictly illegal from the federal perspective, the Cole Memorandum provided the industry with a shot of confidence which resulted in the expansion of recreational legalization, medical allowances for marijuana, and progression of the industrial hemp and CBD industries.

So what did Sessions say?

In a written statement issued on Thursday, January 4, 2018 and titled “MEMORANDUM FOR ALL UNITED STATES ATTORNEYS, SUBJECT:  Marijuana Enforcement,” Sessions stated that:  “In deciding which marijuana activities to prosecute under these laws with the department’s finite resources, prosecutors should follow the well-established principles that govern all federal prosecutions…”  “These principles require federal prosecutors deciding which cases to prosecute to weigh all relevant considerations of the crime, the deterrent effect of criminal prosecution, and the cumulative impact of particular crimes on the community.”

Click Here to check out Sessions statement for yourself.

Perhaps more importantly, what did Sessions not say?

Sessions has consistently taken the position that any and all drug use, whether it be meth, opioid abuse, or marijuana, serves as a detriment to the strength of our nation.  Many industry members have anticipated that when the time and resources were dedicated by Sessions to issue a memorandum pertaining to marijuana prosecution, it would be a clear “call to action” which would include a directive for prosecutors to follow as well as a summary statement of the fiscal resources to be contributed towards prosecutorial measures.

Sessions did not do that.  Of the Sessions statement, Jim Cole has commented that the industry must simply wait to see what each individual US attorney does with the discretion that it has been given by Sessions in terms of how to implement the new policy.  Some states, such as Colorado, are already releasing statements informing the public that no changes will be made regarding the prosecution of marijuana-related crimes.

Tennessee remains a state where the use of medical marijuana is legal, albeit in very limited scope, but the growing, processing and sale of medical marijuana is illegal.  Tennessee does however allow for the growth, processing, possession and use of “industrial hemp,” as defined under T.C.A. § 43-26-102.  Under Tennessee law, industrial hemp must contain less than 0.3% THC content and must be grown and processed by licensed industry members.  Industrial hemp in Tennessee may be processed into consumable products such as lotions, balms or oils.

Stay tuned for federal and Tennessee cannabis industry updates and, as always, please do not hesitate to contact me with any questions.

Distillery to Distillery: Legal Requirements Pertaining to the Purchase and Sale of Bulk Spirits – Part I “Records and Recordkeeping”